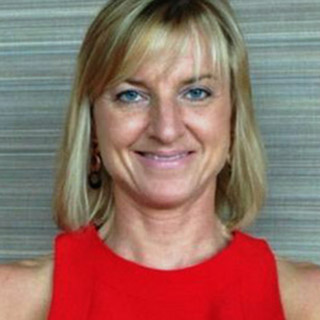 "I am looking forward to being a member of the expert panel for Healthspan Elite and exploring new evidence based ideas for product development that may benefit athlete health and performance."

A graduate from Kings College London University, Wendy is a registered dietitian with the Health and Care Professions Council, holds the International Olympic Committee Diploma in Sports Nutrition and is also a board member and high performance registrant with the Sport and Exercise Nutrition Register. Wendy started her career as a dietitian within the National Health Service and for many years worked in both clinical and managerial roles based in central London.

Since developing her career in sport, Wendy has worked with a wide range of elite athletes. This includes being a consultant sports nutritionist to the British Olympic Association (BOA), working with British Gymnastics, and since 2005 working as nutritionist for the Great Britain Rowing team. Wendy was the sports nutritionist with World Class Hockey for 4 years as well as the English National Ballet School. She has also worked with West Ham United FC and consulted with the England Football Squad in preparation for the 2002 World Cup and Euro 2004 competitions.

In the New Year 2010 Honours list Wendy was awarded an OBE for services to sport and nutrition.