Did you know you could now save $ on every pack of this product, every time by selecting the subscribe & save option? 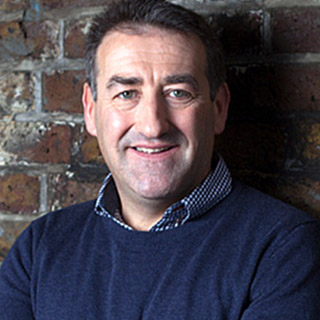 Nigel has worked in clinical nutrition and elite sport for over 25 years. He is closely associated with cycling and endurance sports, having worked with World Tour Cyclists for over 15 years. He currently supports the triathlon legends Alistair and Jonny Brownlee, British Athletics, Olympic Sailing and the GB Cross Country Ski Team.

Nigel has extensive experience of other sports and performance environments. This includes supporting athletes at the Beijing 2022 Winter Olympic Games.

In 2009, Nigel led the nutrition strategy for Team Sky, and in 2012 he provided nutritional support for the historic Bradley Wiggins Tour de France win and for British Cycling at the 2012 London Olympiad.

Team Sky backed up the win with Chris Froome's successful bid to be the 2013 Tour de France champion, a feat he repeated in 2015. His work involves leading and providing specialist nutritional services to athletes and sportspeople. Since 1999 he has worked full-time in performance nutrition.

Nigel has written many articles focusing on nutrition and sport, and has taken advantage of his years of cycling nutrition experience to publish cycling nutrition books. Responding to questions and interest from cyclists, he published "The Plant Based Cyclist", which aims to provide information, guidance, and practical advice for the ever-growing number of people looking to either cut down or cut out animal products.

As part of his research for the book, Nigel followed a strict plant-based diet for three months, which fundamentally changed his approach to food.

Nigel has written several books focusing on providing nutritional needs through food. His most recent publication, The Cyclist Cookbook, is a celebration of good simple food. He prides himself on producing recipes using ingredients that can be easily sourced from local supermarkets.

Nigel recognizes and values the contribution that innovation and research provides to sports nutrition, and he is currently involved in partnerships with universities on academic and teaching projects. His academic work has ranged from molecular biology to behavioural sciences. He believes that an individual's nutritional needs should be provided through diet, and if required supported by specialist nutritional products. He specialises in performance-focused diets to help people perform better.