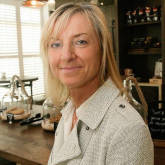 Wendy Martinson OBE, Registered Dietitian and Performance Nutritionist, explains what creatine is and how it's used in sport, outlines any potential side effects, and shares an example of dosing strategy.

Creatine is probably one of the most well-known and talked about supplements in the gym. Supplementation with creatine first started to become popular in the 1990s, and research spans many decades, dating back to the 1970s. The many studies published clearly show that its use can bring about a variety of specific performance benefits.

"Creatine helps the players deal with the high-end training demands of an elite athlete, so we use this on a daily basis. I'm very happy that Healthspan Elite uses Creapure, as it provides the purest form of creatine."

The below summarises some possible benefits of creatine supplementation:

Creatine (methylguanidine-acetic acid) was first discovered in 1832 by French scientist Michel Eugene Chevreul, who extracted a new organic substance from meat and called it creatine. As well as being found in food such as meat, creatine can be produced by the body at a rate of 1-2g/day from the amino acids glycine, arginine and methionine.

The liver is the major site of production, and once produced, creatine exists in the body as free creatine and creatine phosphate, with approximately 95% being stored in skeletal muscle and small amounts being stored in the brain and testes (around 5%).

Meats and fish are the primary sources of creatine, with concentration ranging from 3-5g per kg of raw meat. Some fish such as herring may contain as much as 10g per kg.2

It is estimated that if a person eats a mixed plant and animal-based diet, containing approximately 1-2g protein per kg, 0.25-1g of creatine can be obtained per day. Additional needs are met by the body's own production. It would be very difficult to consume more than 3-4g creatine per day from dietary sources.

Individuals choosing strict vegetarian or vegan diets would obtain virtually no creatine, relying on the body's own production, and so may benefit particularly from supplementation.3

What is the role of creatine in the body?

Creatine is involved in the regulation of the body's energy demand. Adenosine Triphosphate (ATP) is the chemical energy currency used for all energy-requiring processes in the body, and so the ability to resynthesise this quickly can be a key element to performance.

Creatine phosphate (CP) provides a rapidly available but small source of phosphate for the resynthesis of Adenosine Triphosphate (ATP) during maximal exercise, and is therefore an important fuel source in maximal sprints or 'all-out' muscular effort lasting 5-10 seconds.

Increased availability of CP through supplementation could enhance the ability to resynthesise ATP and therefore maintain power output during intense exercise, as well as promote recovery between bouts of exercise. 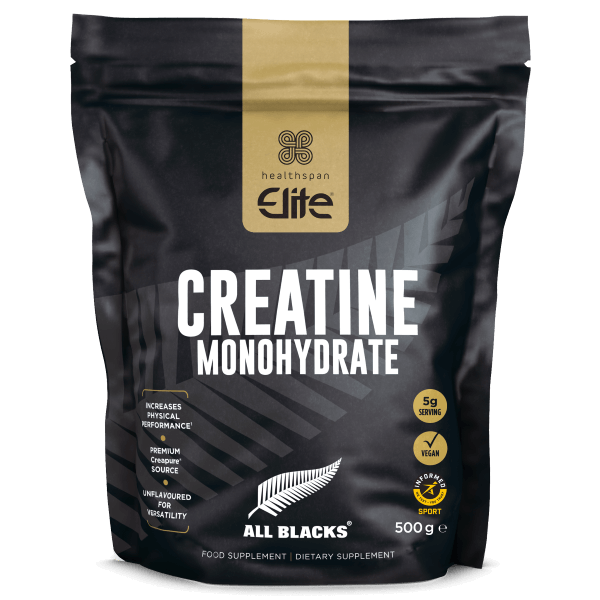 What are the performance benefits of creatine supplementation?

Increasing the amount of creatine available in the muscle through supplementation could have performance benefits for sports involving high-intensity exercise, such as track or swim sprints, and team sports that involve repeated sprints, like rugby, football or hockey.

There could also be a benefit for the long-term outcomes of training programs including strength training or interval training, leading to greater gains in lean mass and muscular strength and power.1, 4

These changes are facilitated by an improvement in training quality through the increased ability to do more work over a series of sets or sprints, leading to greater gains in performance and/or muscle mass and strength.

Creatine supplementation – how does it work?

Creatine monohydrate is the most common and widely studied form of creatine supplement. If appropriate dosing strategies are followed, it can increase intramuscular creatine stores by 20-40% depending on an individual's initial levels, which is impacted by their dietary intake of meat or fish.

As already discussed, the increase in intramuscular creatine stores can facilitate the rapid resynthesis of ATP, which can enhance sprint-based performances and also training adaptation, promoting gains in lean mass, strength and power when used in conjunction with strength training. In addition, the increase in intramuscular creatine appears to stimulate the expression of multiple genes that regulate protein production and influence the adaptive processes.

Creatine may also be a useful recovery aid from high-intensity training sessions, influencing muscle damage and inflammation, so could be beneficial during particularly intense periods of training. It has also been shown to increase glycogen resynthesis in the muscles when taken in conjunction with a high-carbohydrate diet.

Research also suggests that creatine supplementation may improve cognitive functioning, mood state and other physical performance parameters in response to sleep deprivation or other brain stressors.5, 6

An example supplementation strategy is described as follows:


The length of supplementation can be designed to suit the training program, and once creatine supplementation is stopped it would take 4- 6 weeks for levels to return to baseline.1

Safety and side effects

There is no strong evidence of negative health effects reported from short or long-term use of creatine (up to 5 years) in otherwise healthy individuals, when appropriate loading protocols are followed. There may even be some therapeutic benefits in specific medical conditions, such as neurodegenerative disease or concussion.

One side effect that can be significant for specific athlete groups is an increase in body weight of approximately 1-2kg after loading with creatine, due to retention of intracellular water.7 This is something to be aware of, particularly for weight category sports.

However, this fluid retention could also be an advantage when training or competing in hot and humid environments, helping to reduce the risk of heat-related illness.1